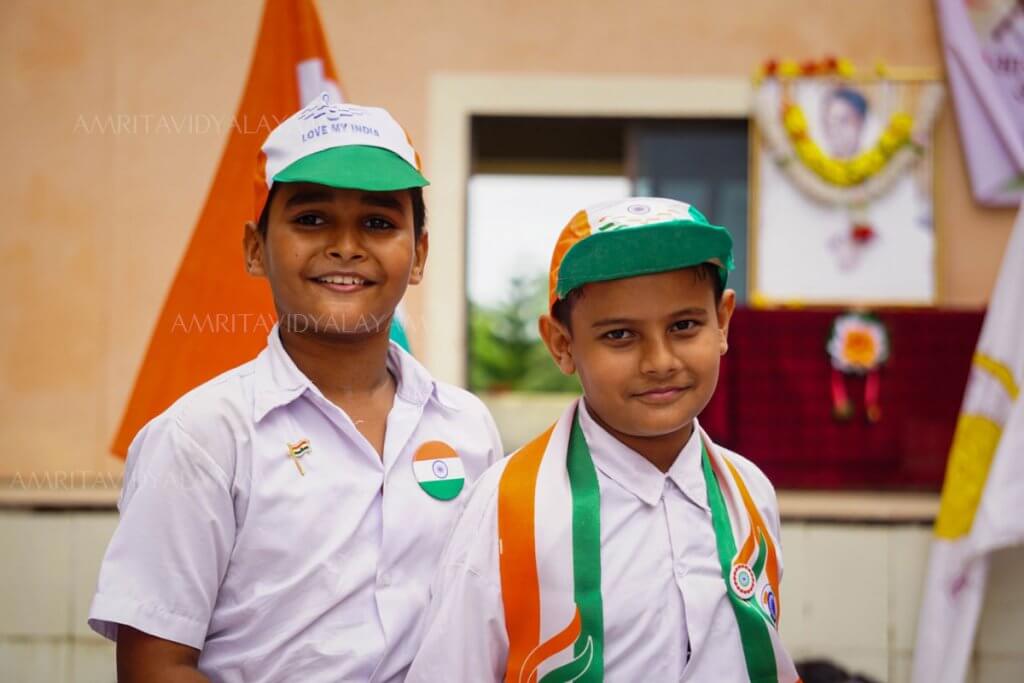 After incessant rain for days, the sunrise saw Amrita Vidyalayam drenched in tricolour to celebrate the 76th Independence Day. The spirit of patriotism could be seen in all parts of the school campus, be it the flag post or the school building, or the sound of beating drums, or the students and staff coming in white uniform carrying the National Flag with the slogan Vande Mataram.

Along with the enthralling anchoring by Mrs Salia Palei, the Head Boy of the school escorted the Chief Guest Brahmacharini Rasikamrita Chaitanyaji,  Brahmacharini Namratamrita Chaitanyaji and Principal madam Mrs. Mousami Patnayak to the flag post. Brahmacharini Rasikamritaji unfurled the National Flag. This was followed by national anthem and a spectacular march past by the four houses led by the respective House Captains and Vice-captains. Remembering the sacrifices of the freedom fighters, Mrs. Mousami Patnayak addressed the students and inspired them to follow in the footsteps of these great leaders, striving to be good human beings by taking the path of spiritualism in order to make our Motherland free from inequality, poverty, unemployment and all sorts of sufferings.

Students of Amrita Vidyalayam paid their tribute to the freedom fighters, especially to the unsung heroes through inspiring speeches in four languages. The song “Ei Desha ei Mati“ by the students of Class I under the guidance of Mrs. Pranati madam caught the attention of all. The students of classes VI, VII and VIII sang many patriotic songs under the meticulous supervision of Mr. Rajendra Sir and Mrs. Punyamayi Madam. The breathtaking Yoga performance by students of Class VII under the careful guidance of Mr. Ajit Sir mesmerized all. The spirit of ‘Nation First, Always First” could be seen echoing in every part of the school premises.

It was a very memorable and delightful day for all. 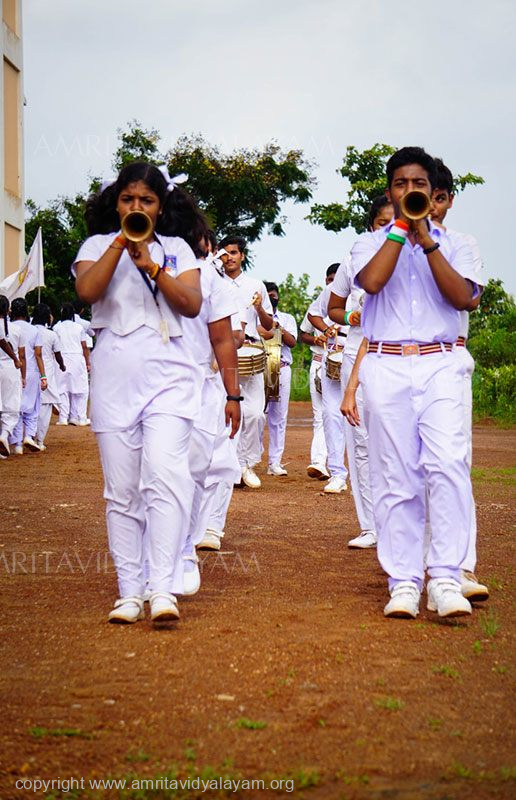 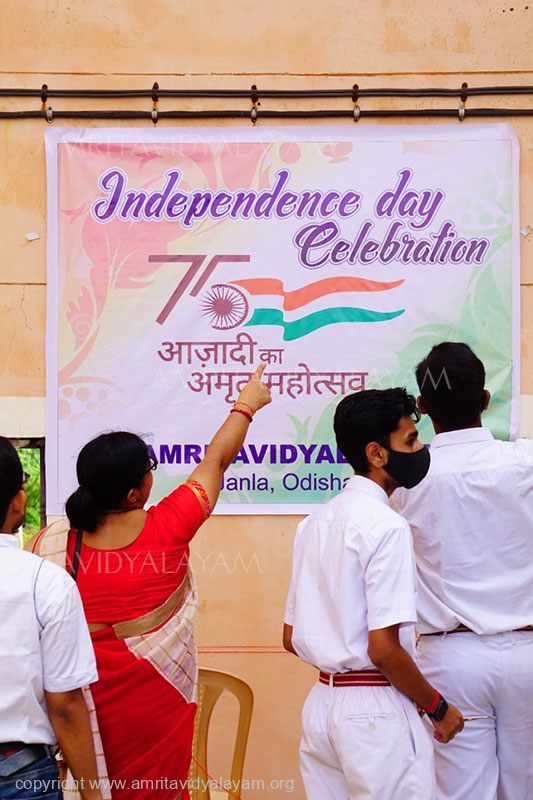 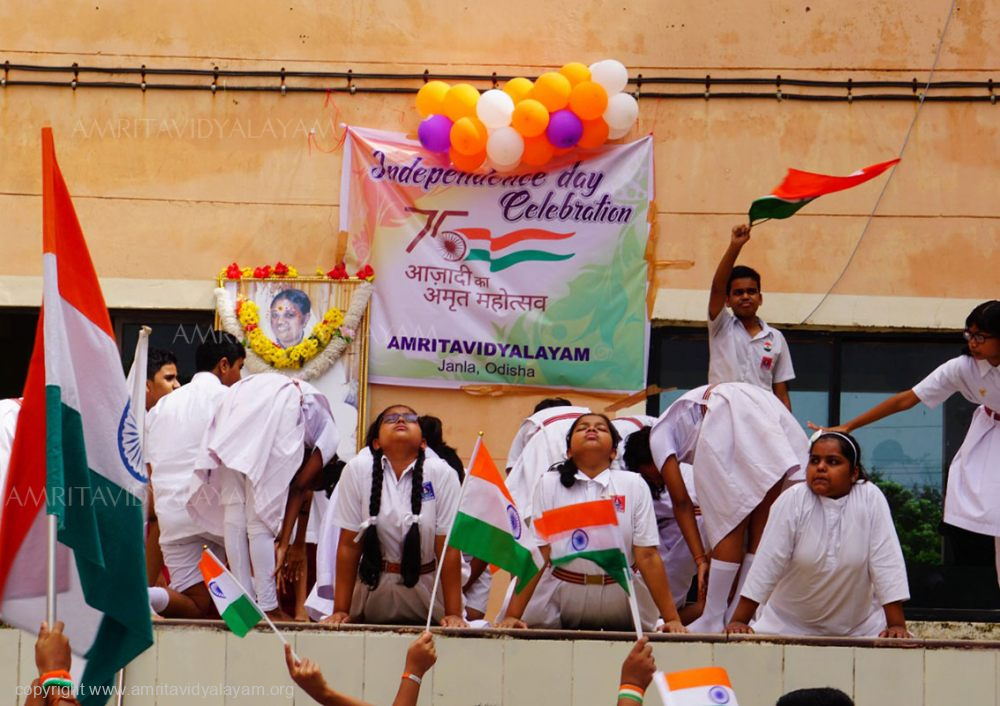 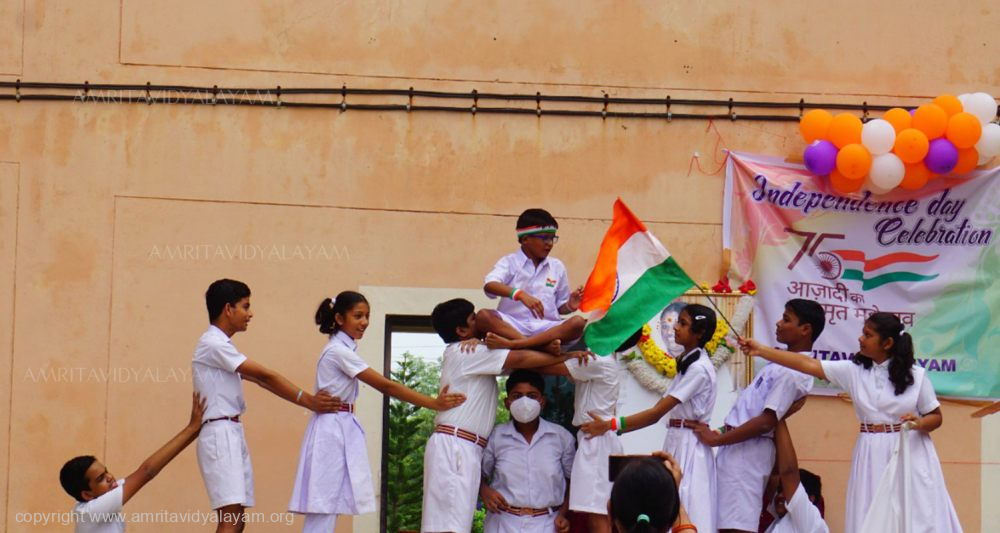 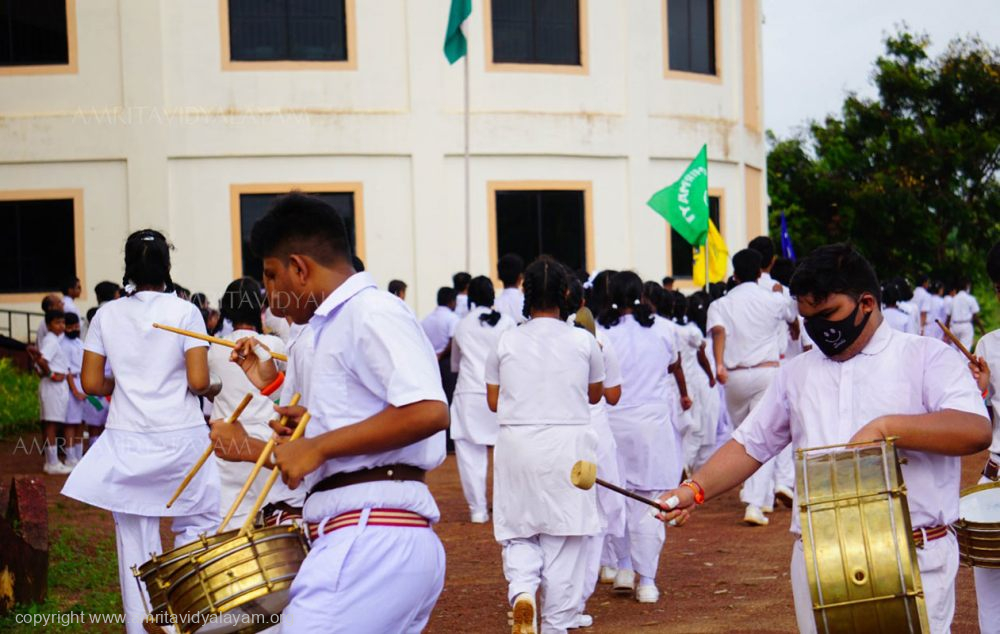 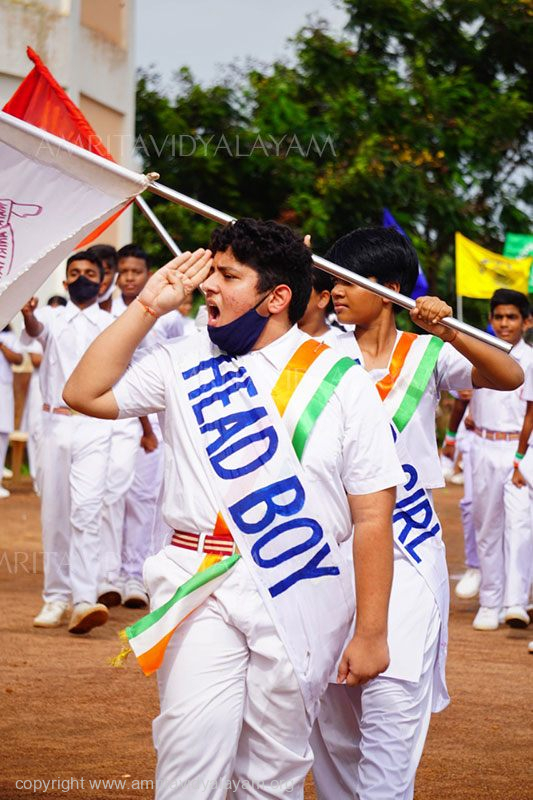 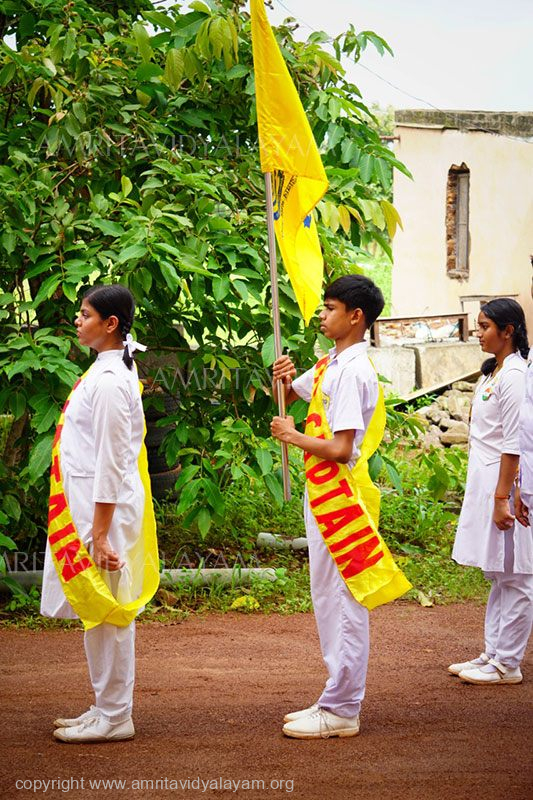 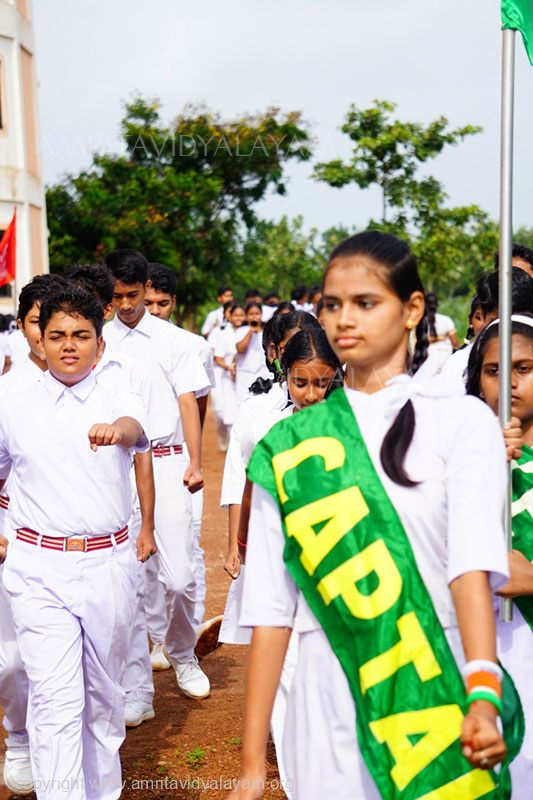 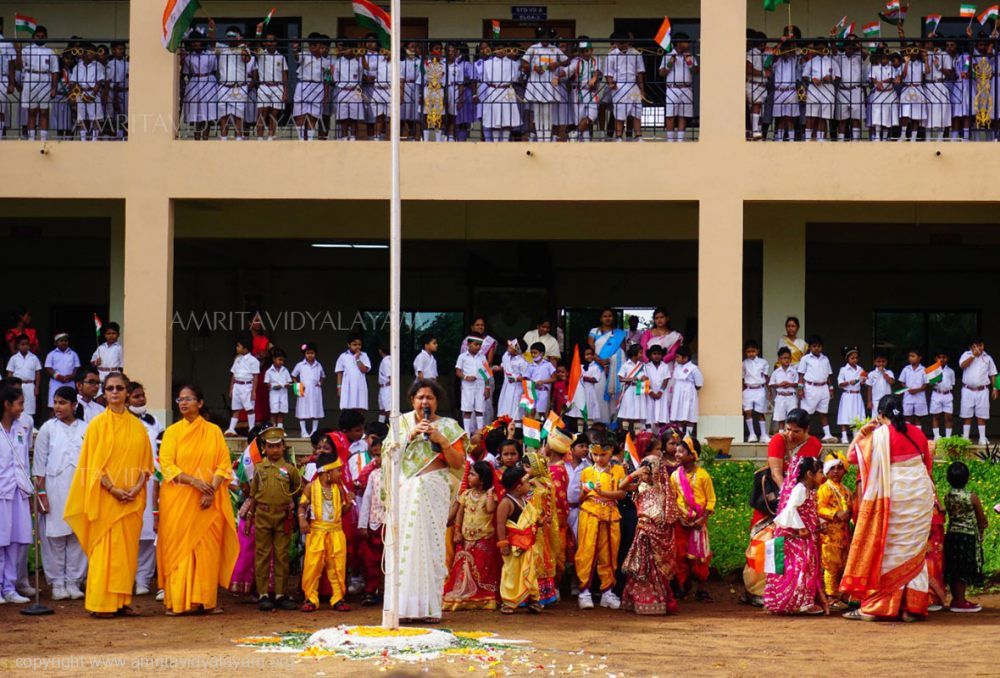 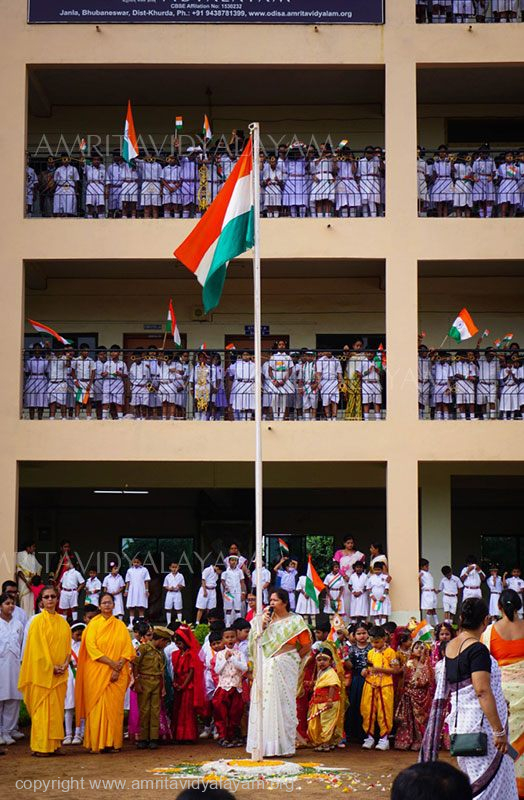 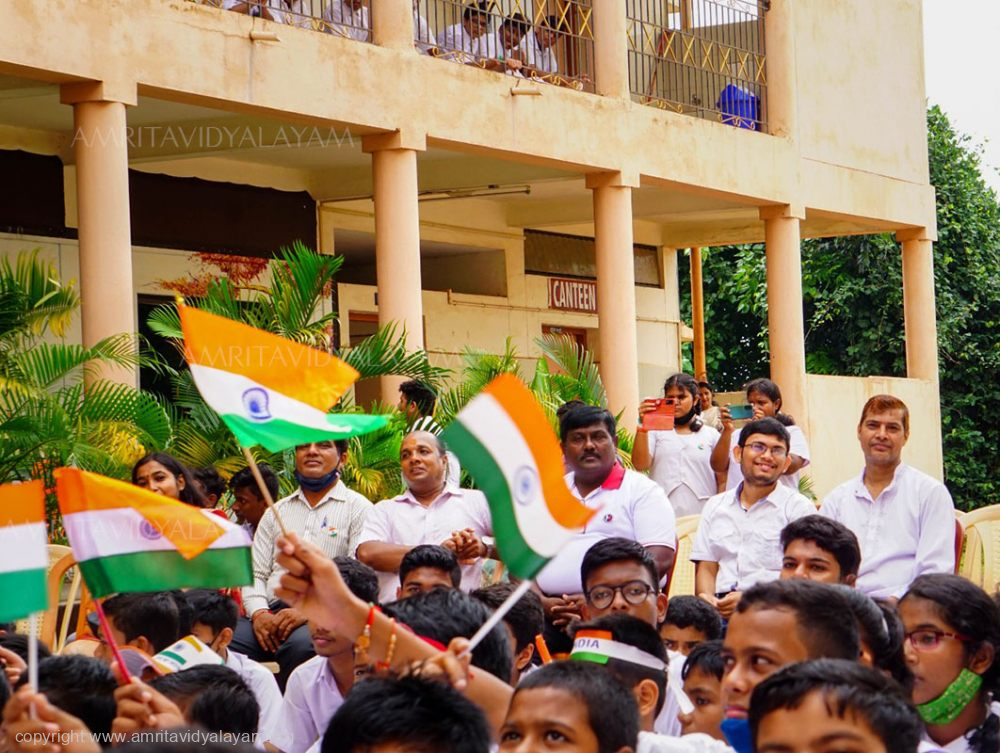 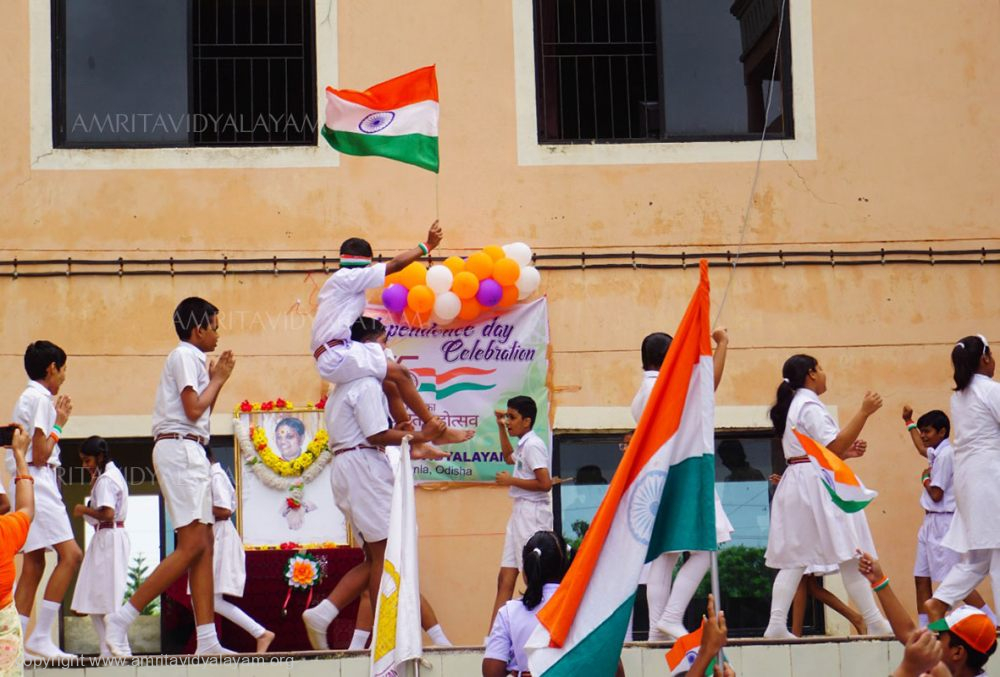 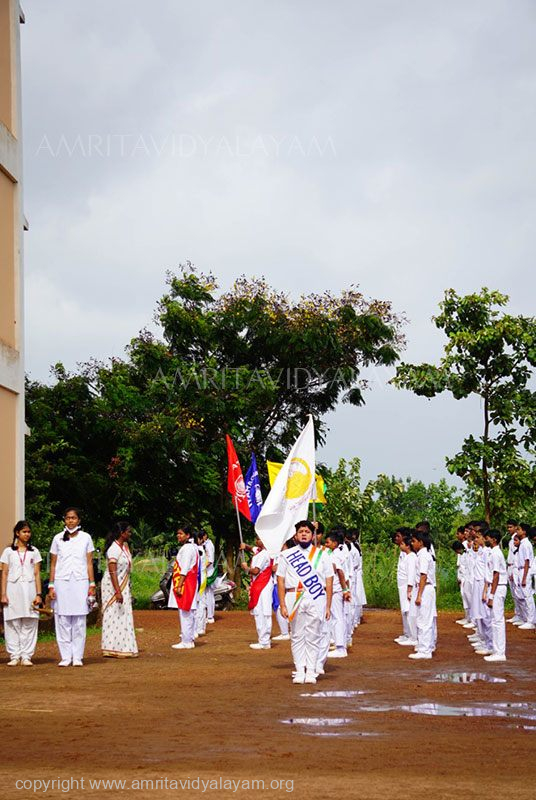 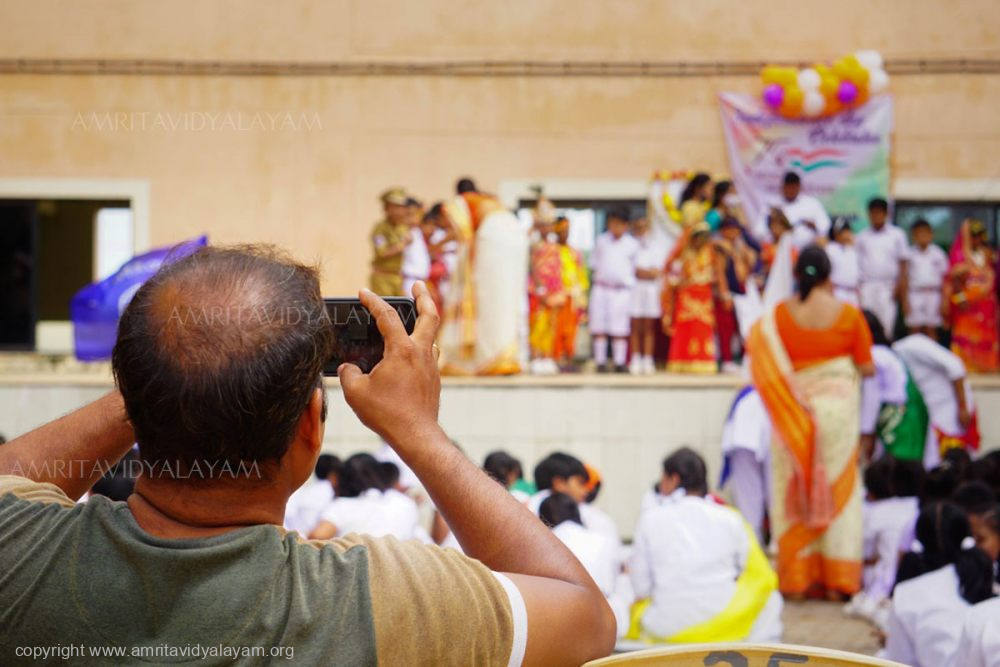 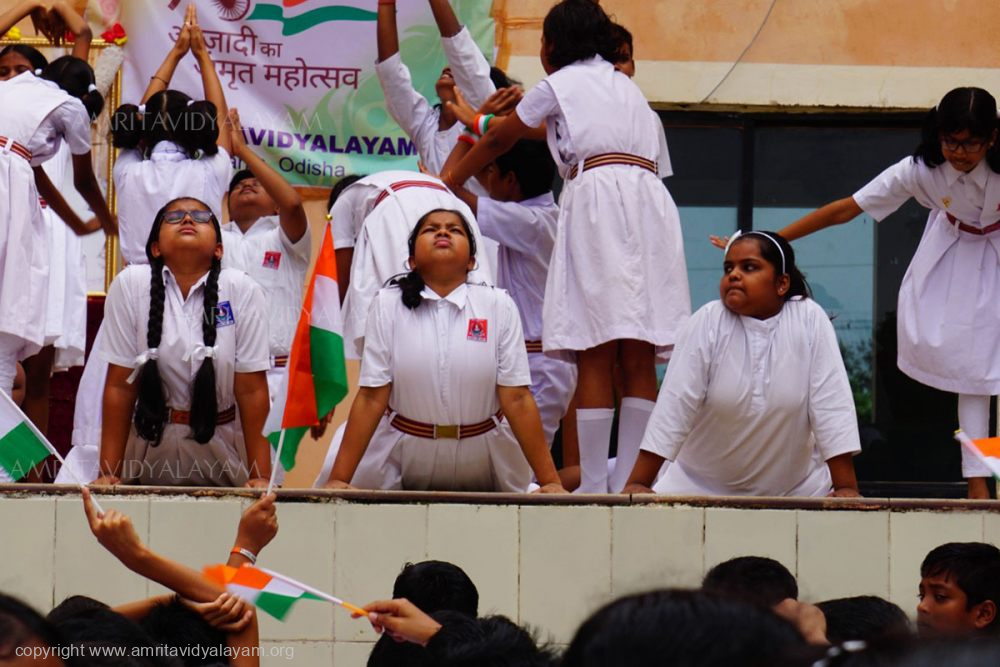 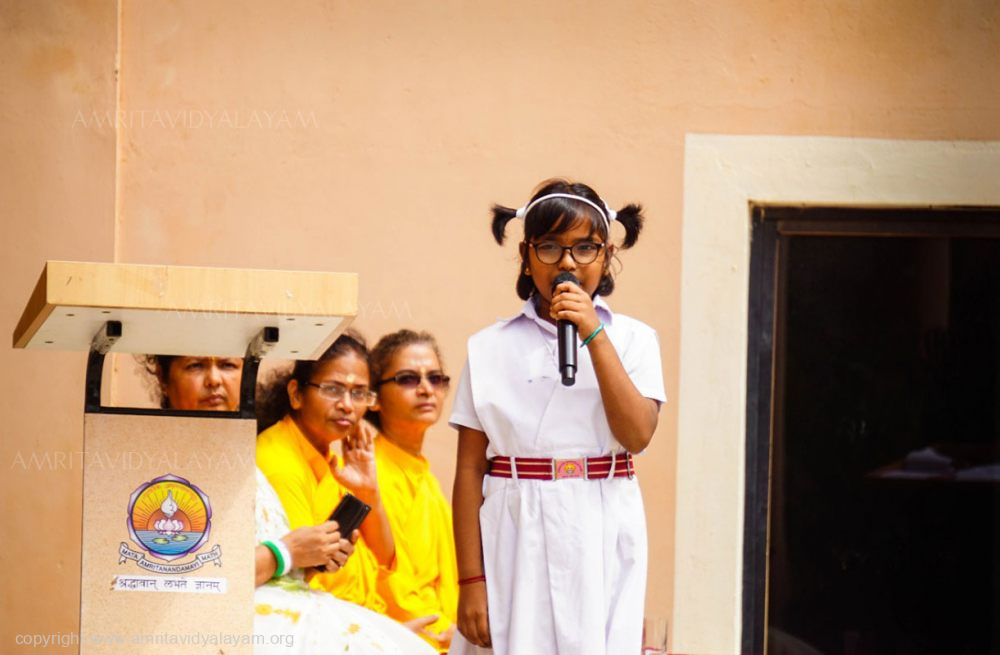 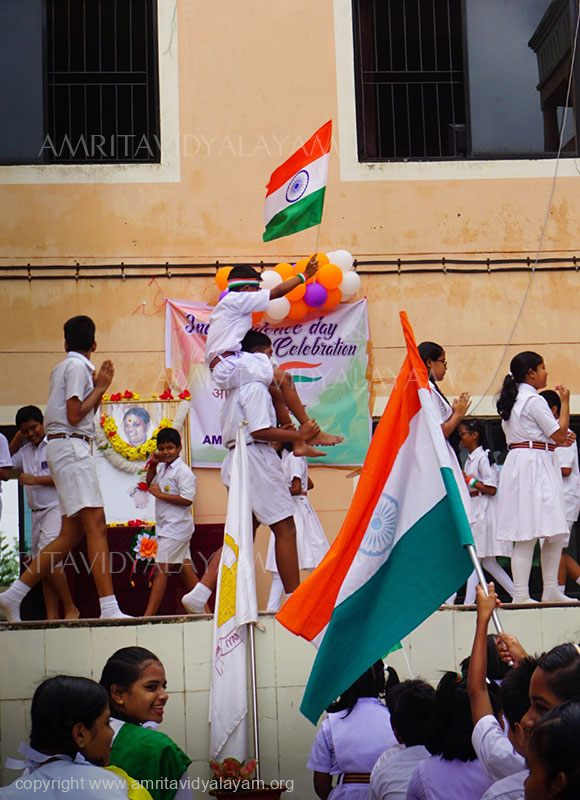 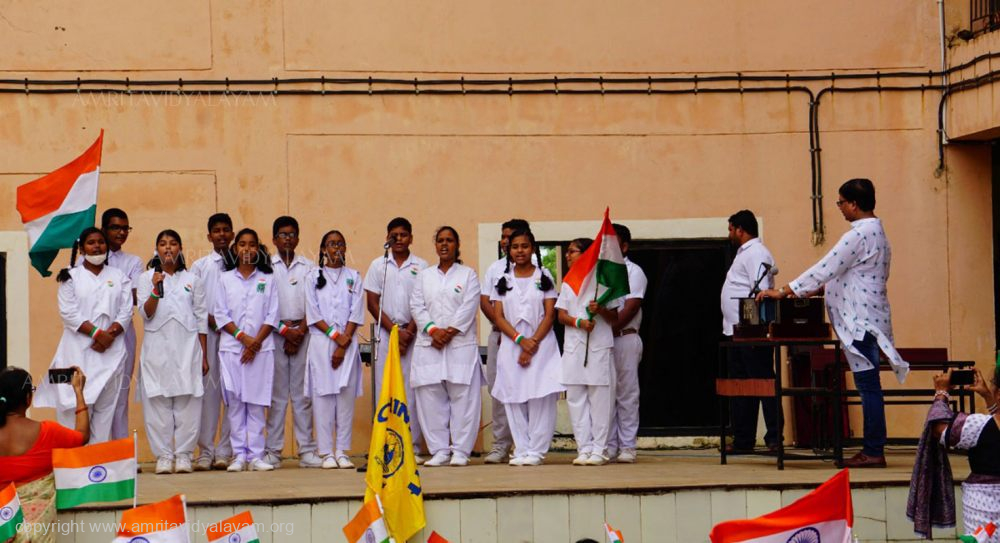 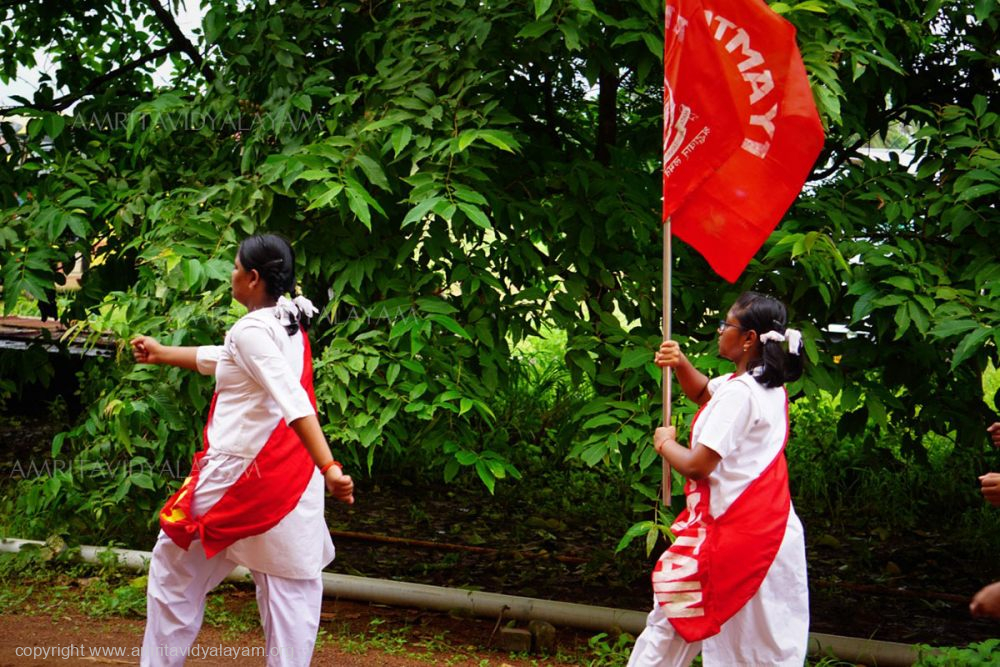