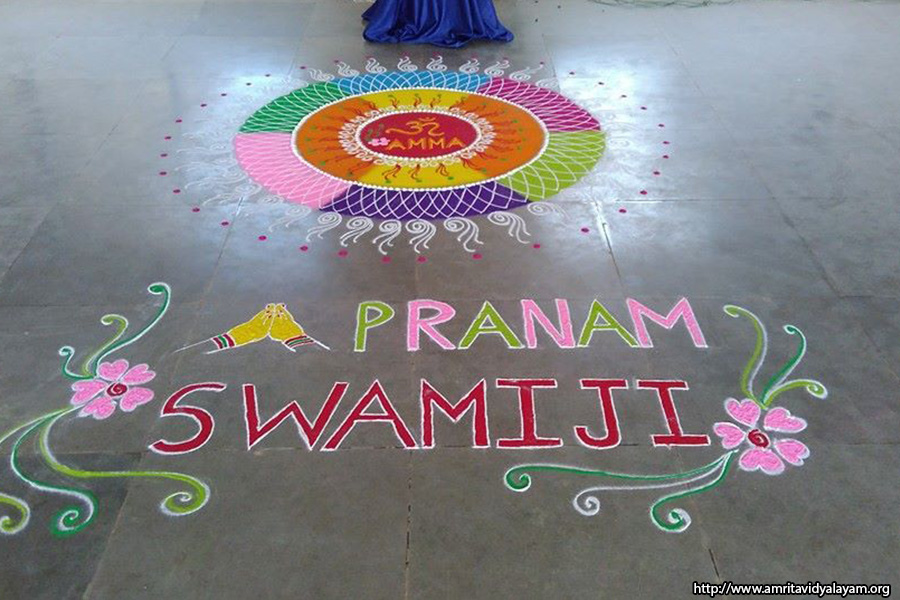 Sampujya Swami Amritaswarupananda Puri is the foremost sanyasi disciple of Amma. He is also the Vice Chairman of the M.A. Math and President of Amrita Vishwa Vidyapeetham (Amrita University). He visited Odisha and held a programme at our Amrita Vidyalayam on January28, 2016.

Children offered flowers and sought His blessing as Swamiji came to the dais to light the lamp. They showcased their talent in music and dance by performing to the tunes of Ganesh Vandanam and Khon Kehta hain ke Bhagwan….. Later, Swamiji blessed everyone with his enlightening talk and his melodious bhajans. Soon, the atmosphere became very calm and serene as Swamiji led everyone through guided meditation.

After arati, Swamiji personally gave each and everyone prasad. He then visited Guptapada, one of the villages adopted by the Math in Odisha, and saw the various projects undertaken by the Math, like clean water supply to all by providing pipe connections throughout the village, 5 houses for the extremely backward and poor people, and 13 toilets built by the women of the village themselves as part of the skills learnt under the Women Empowerment programme.