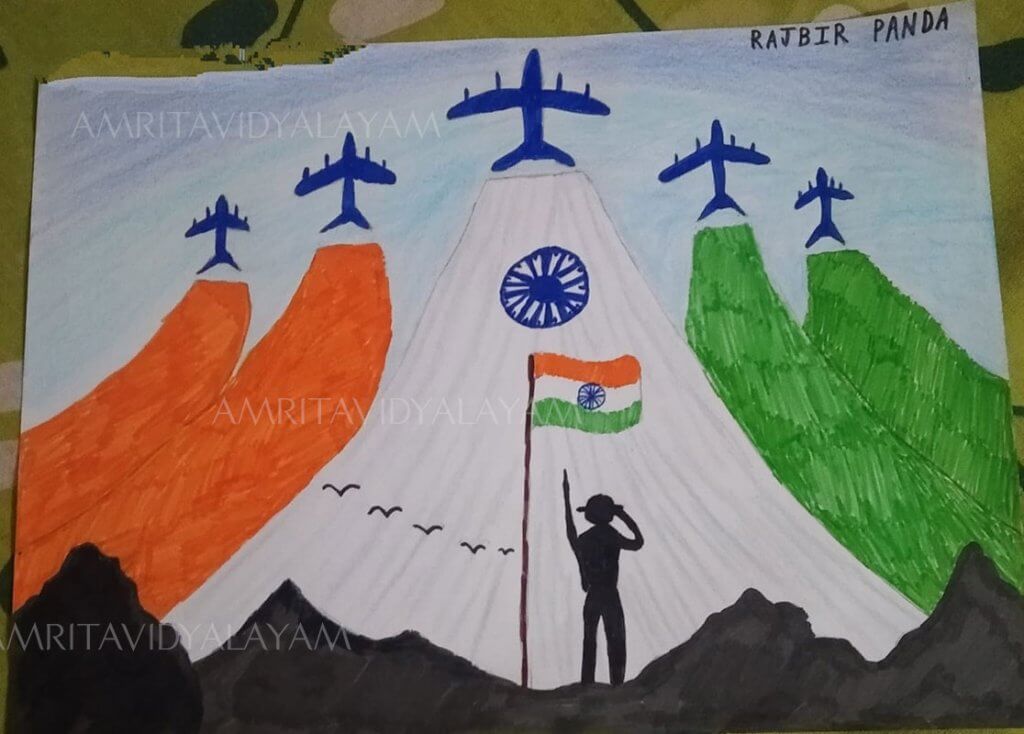 To be part of the ongoing event, Azadi Ka Amrit Mahotsav, the celebration of 75 years of Independence, Amrita Vidyalayam, Janla, Odisha, initiated the campaign, “Har Ghar Tiranga” (Tiranga at each house), by encouraging students to hoist the National Flag at home, and to take a photo beside it in school uniform. Students from Nursery to Class XI, teachers and non-teaching staff participated enthusiastically which made this even more special. The students also took part in various activities such as making the Tiranga in Art and Craft class, patriotic speech competition in four languages (Hindi, Odia, English and Sanskrit), music, dance, yoga, etc. from August 13th to 15th. All these became symbolic of not only an act of personal connection to the Tiranga, but also an embodiment of the Amrita Vidyalayam family’s commitment to nation-building. The idea behind the ‘Har Ghar Tiranga‘ campaign is to invoke the feeling of patriotism in the hearts of all, and to promote awareness about the National Flag. 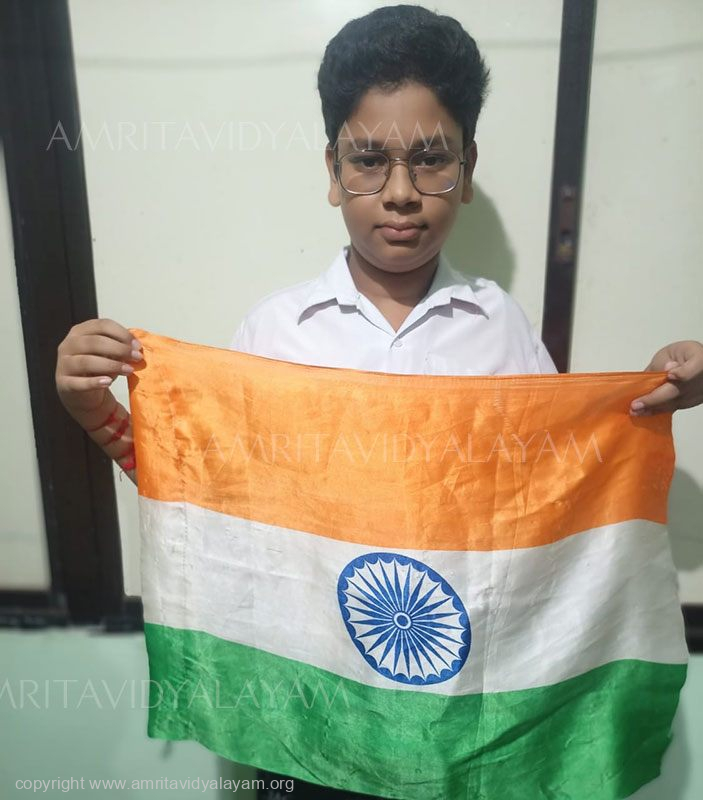 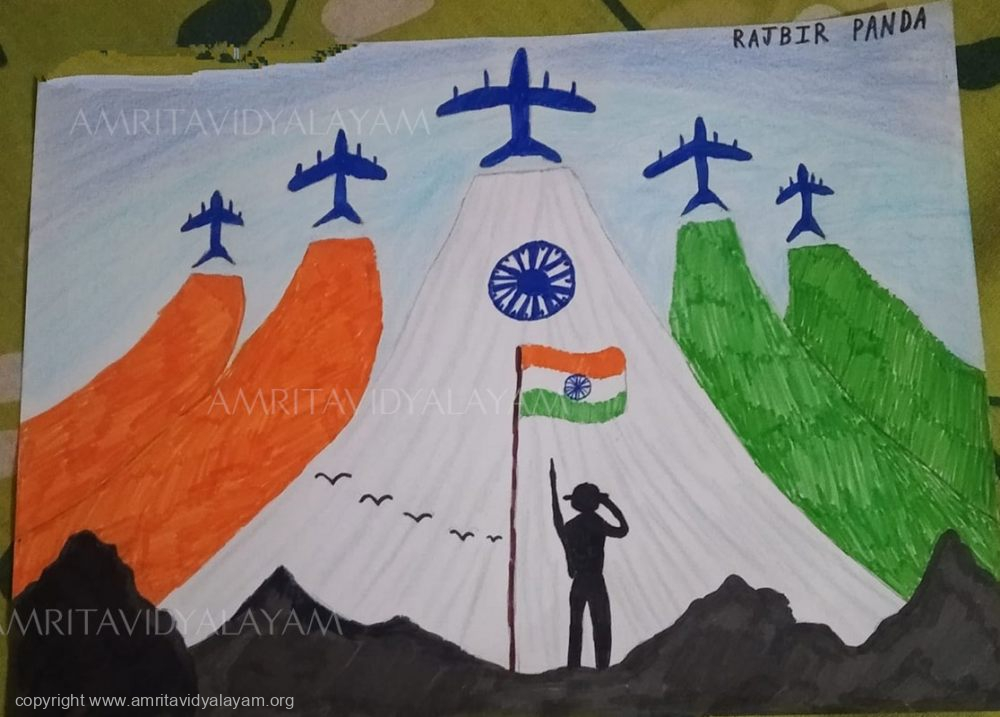 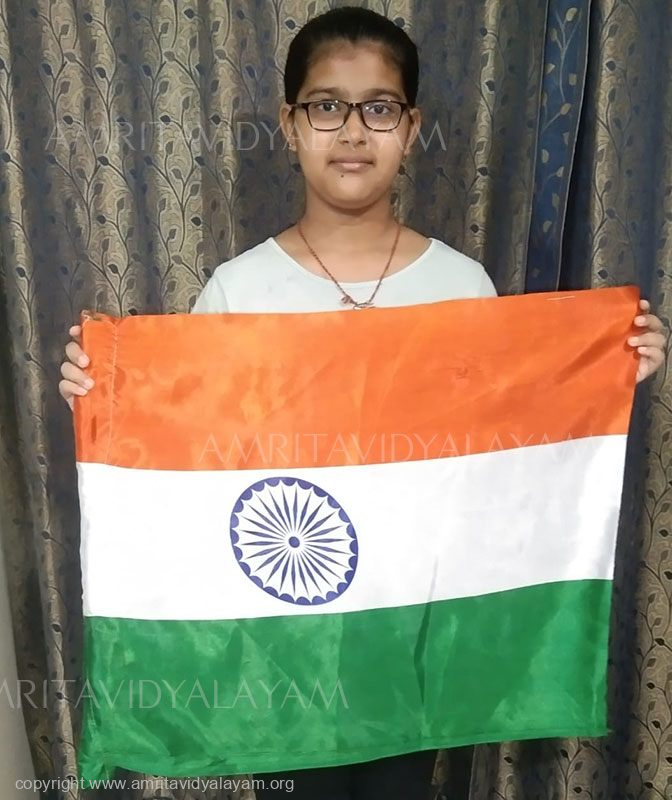 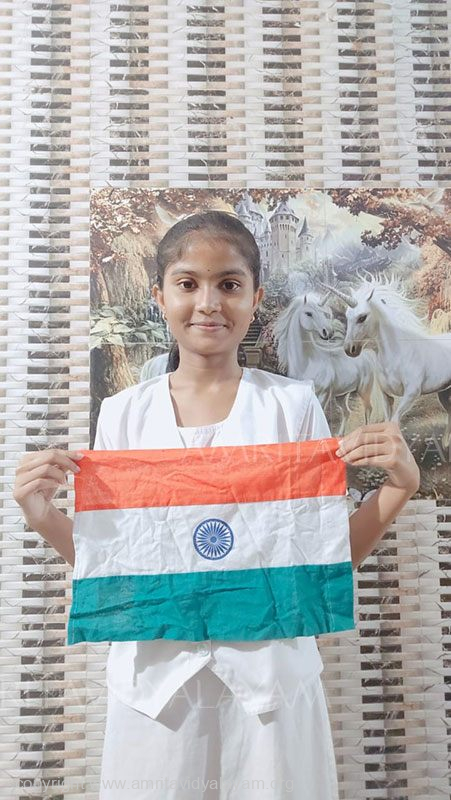 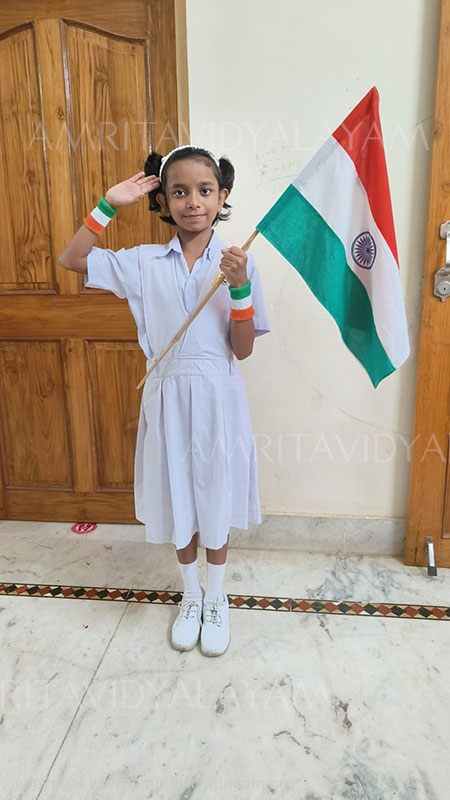 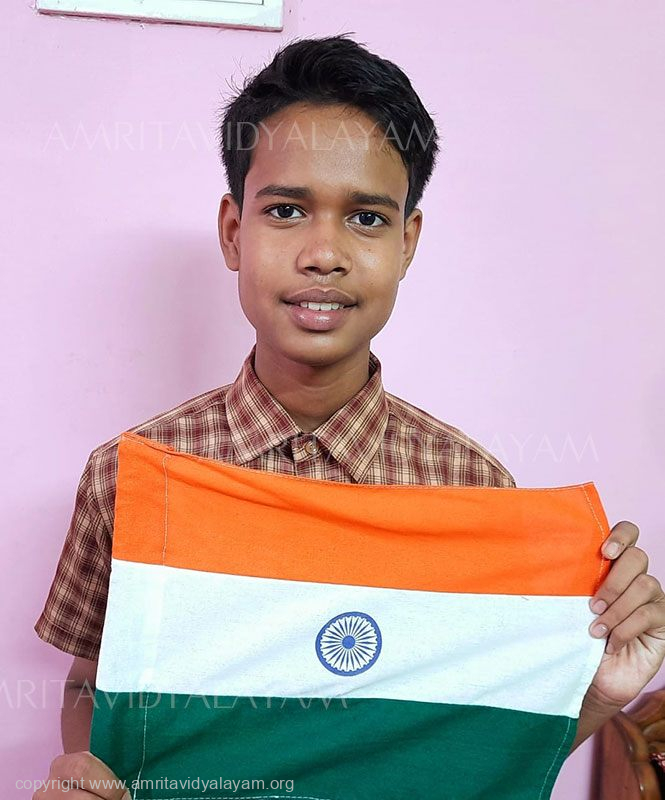 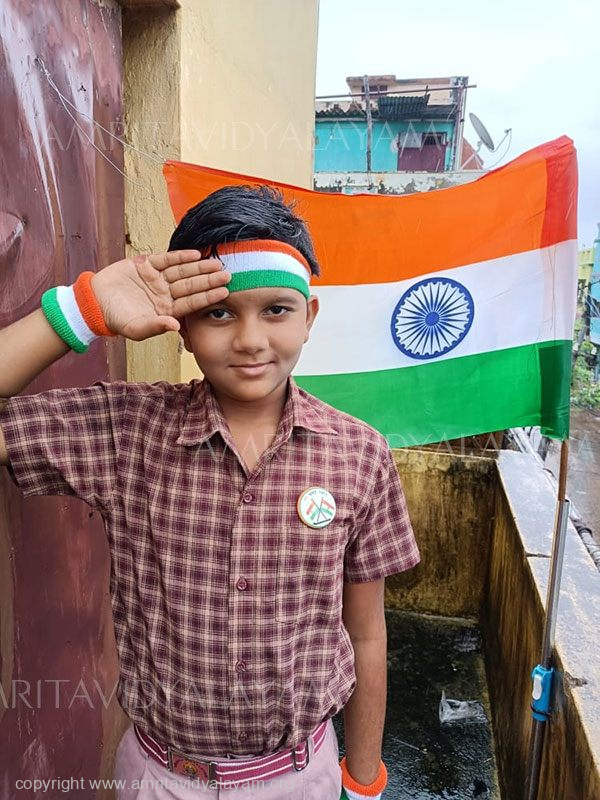 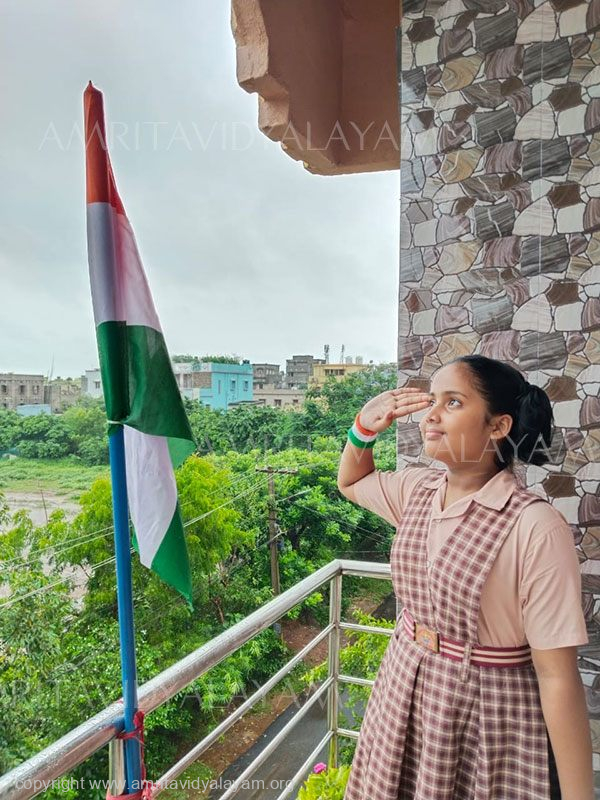 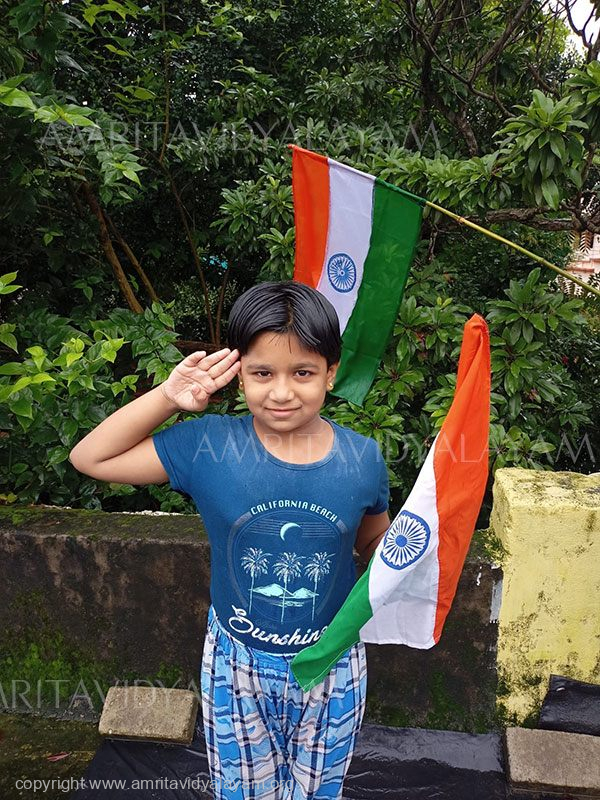 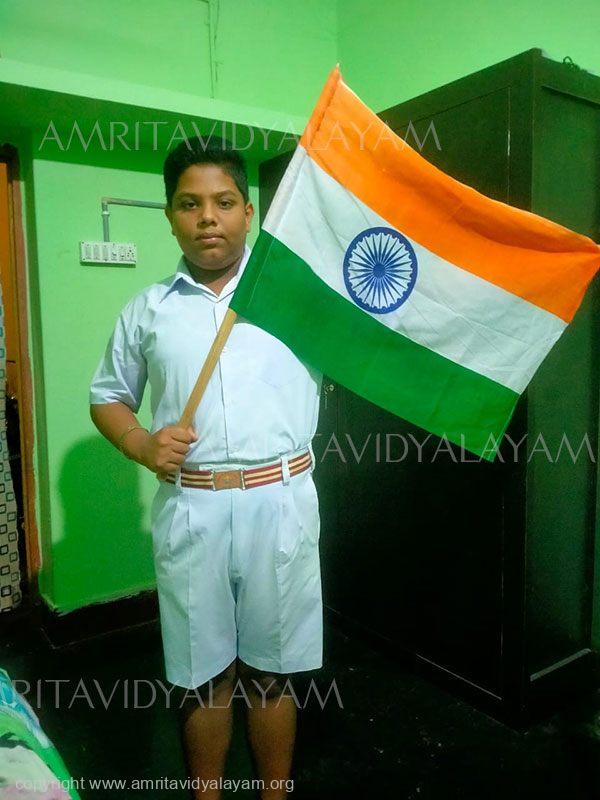 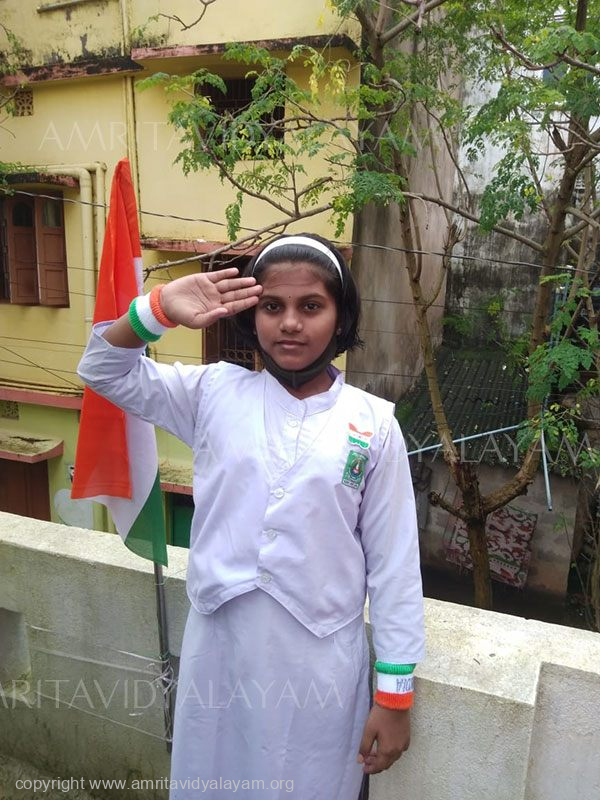 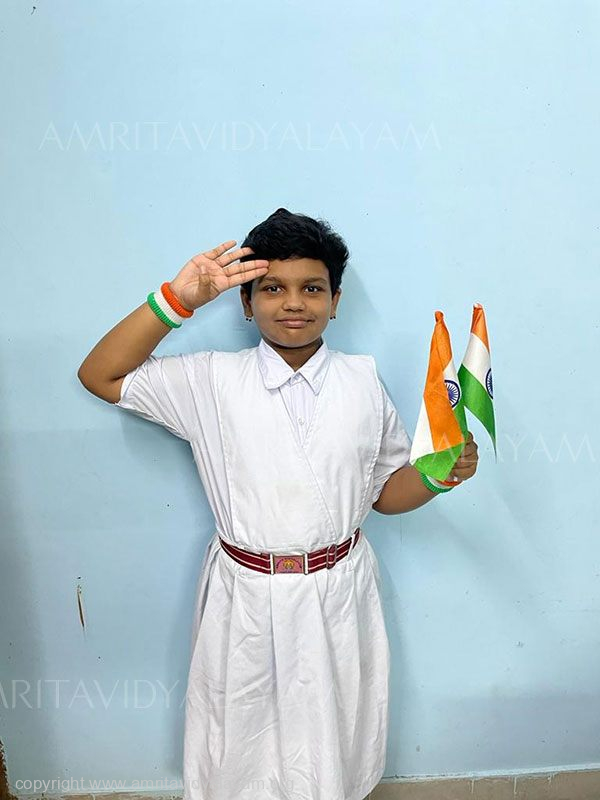 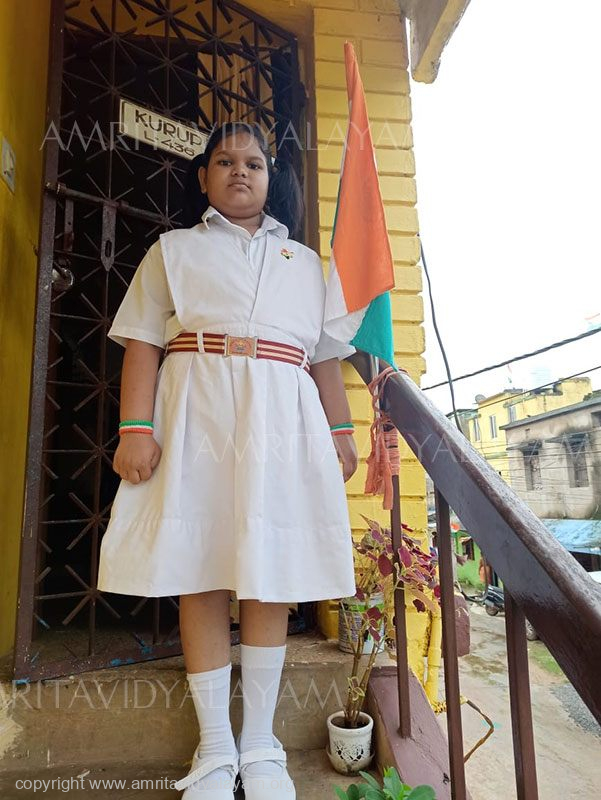 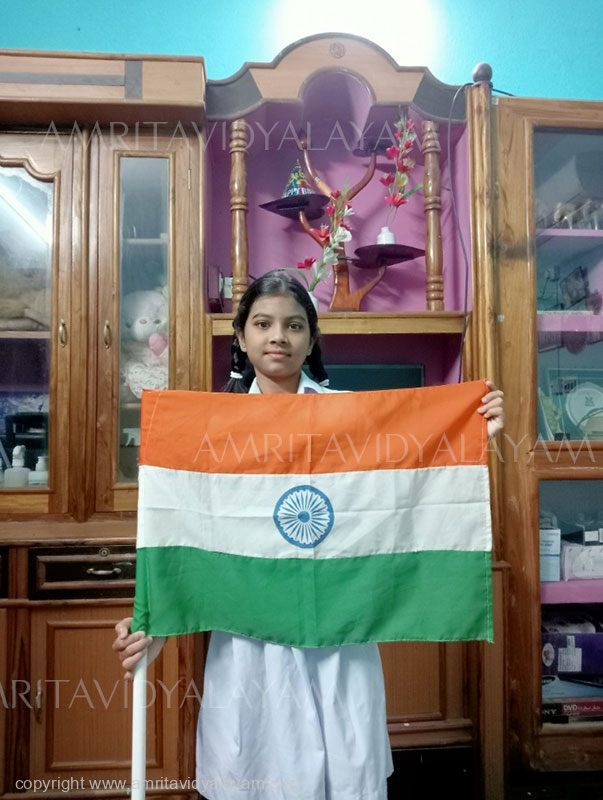 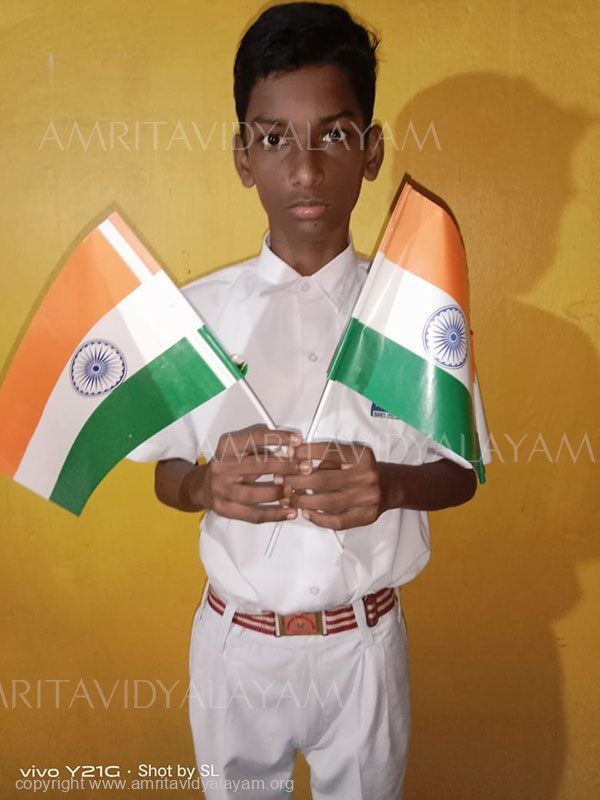 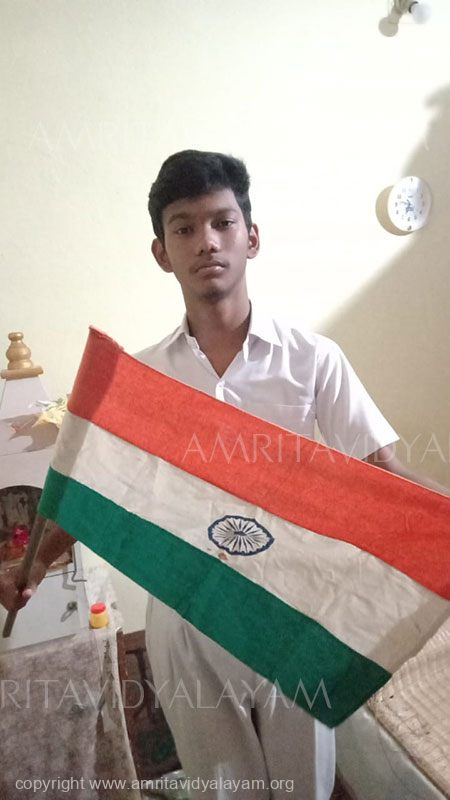 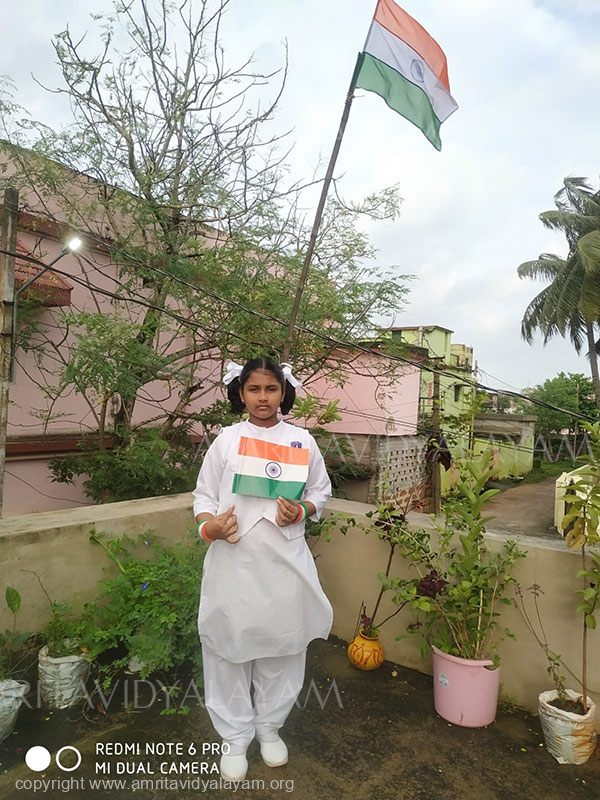 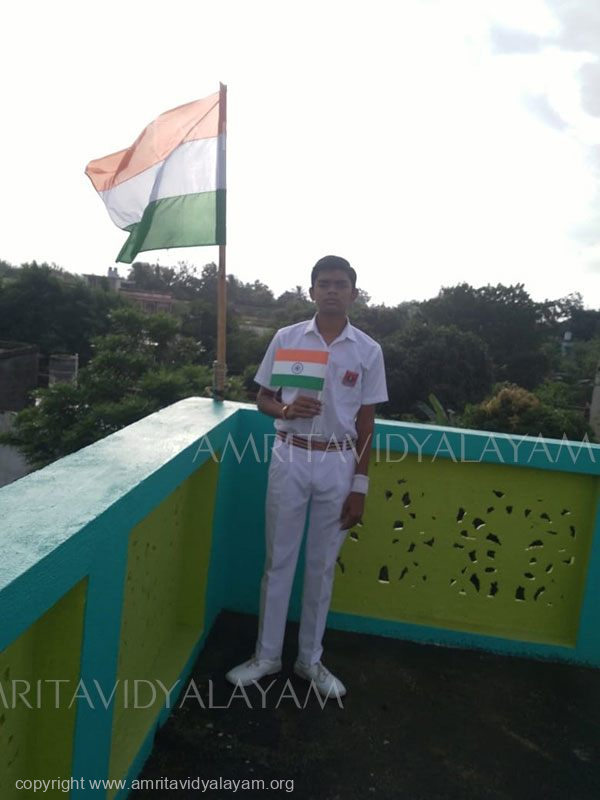 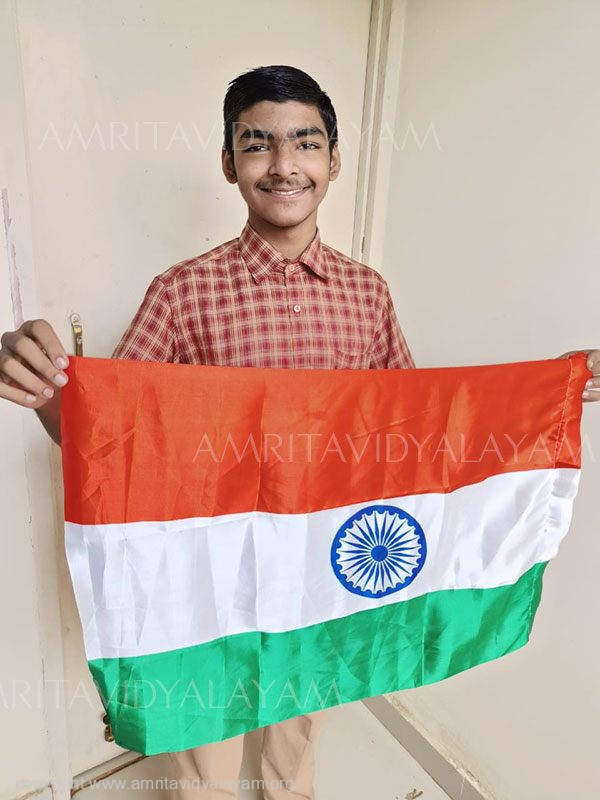 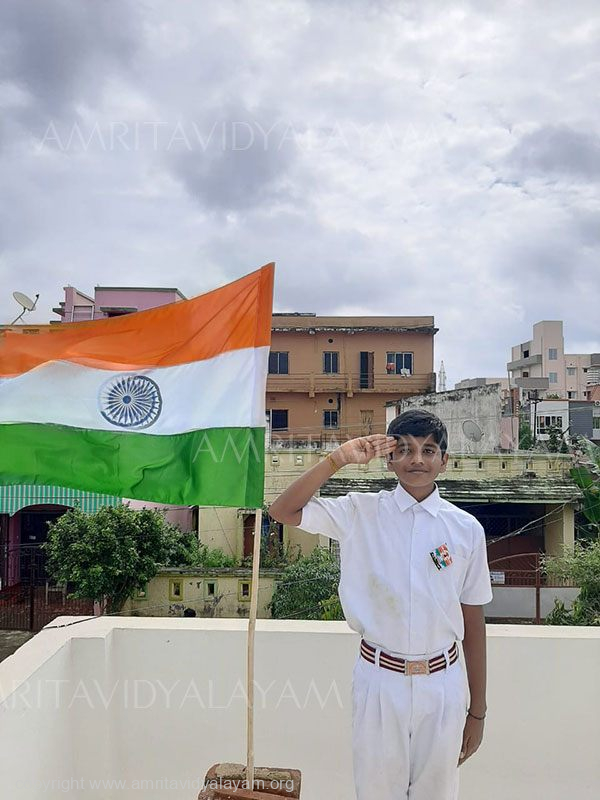 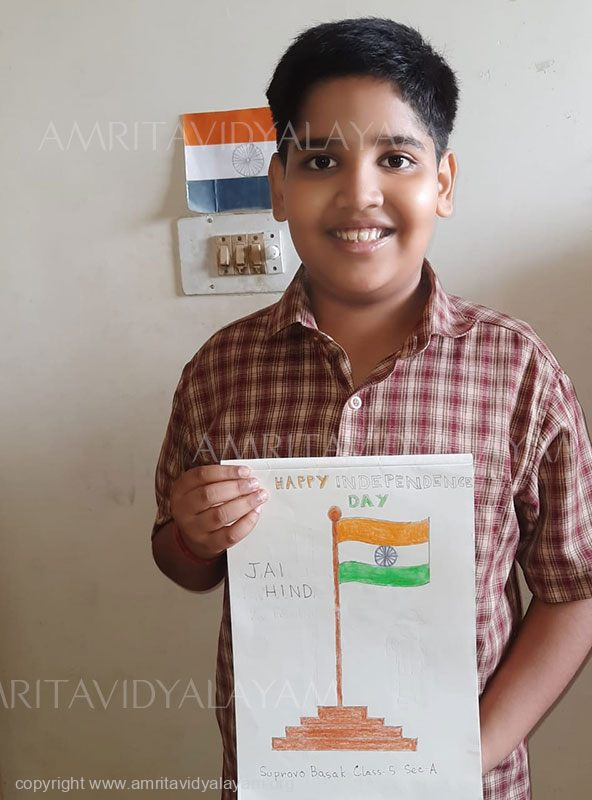 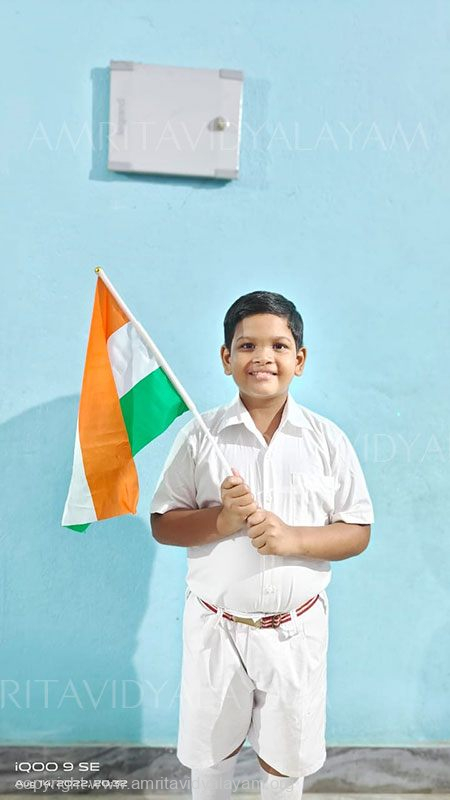 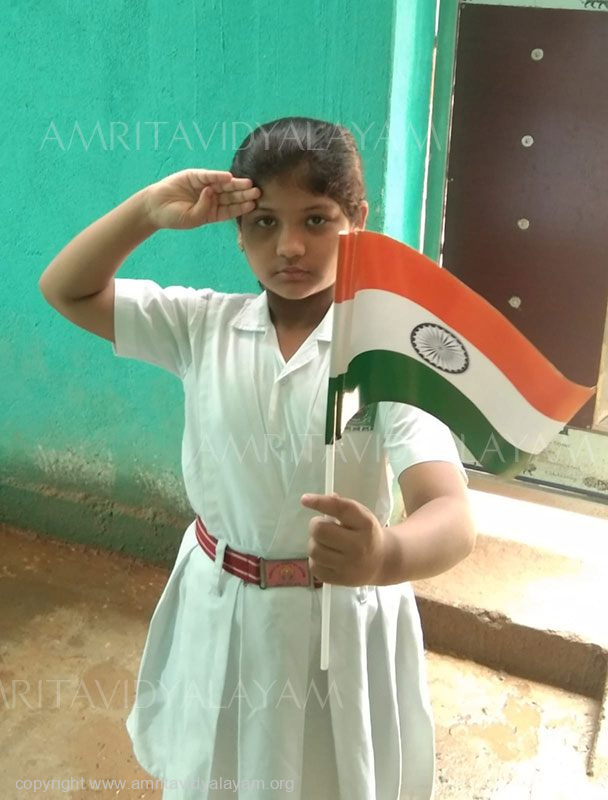 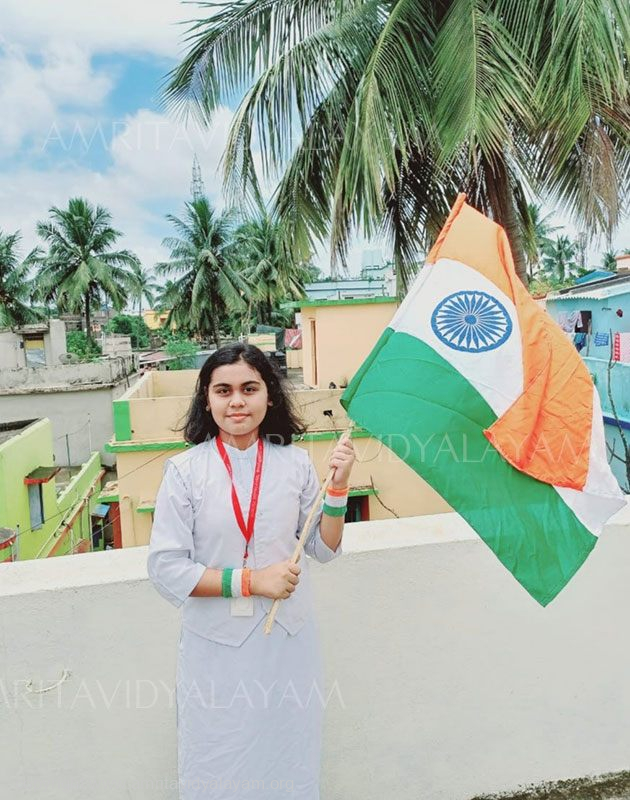 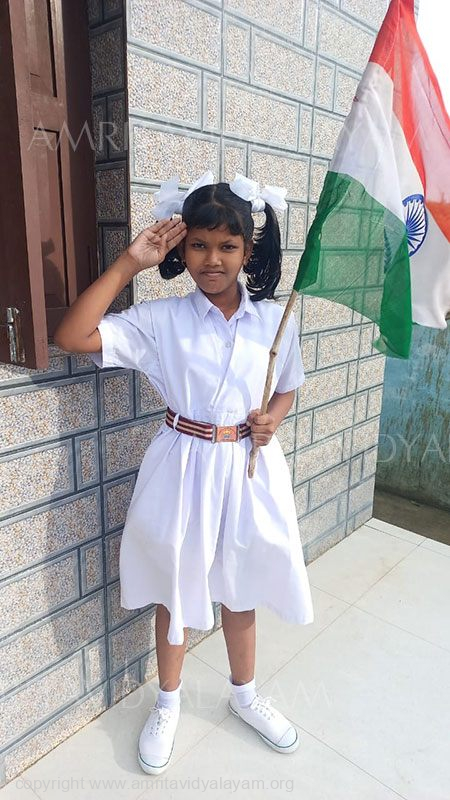 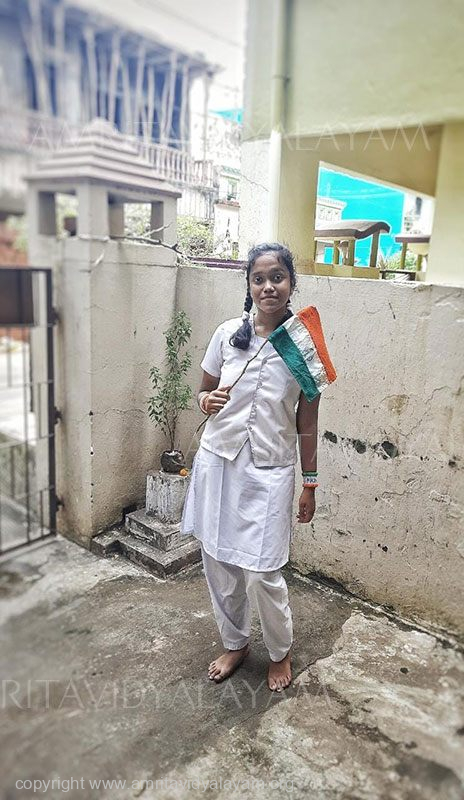 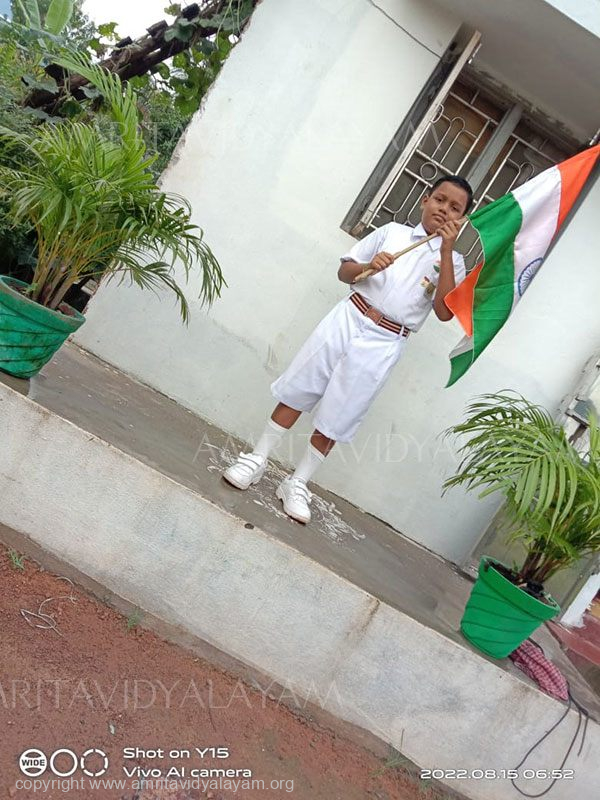 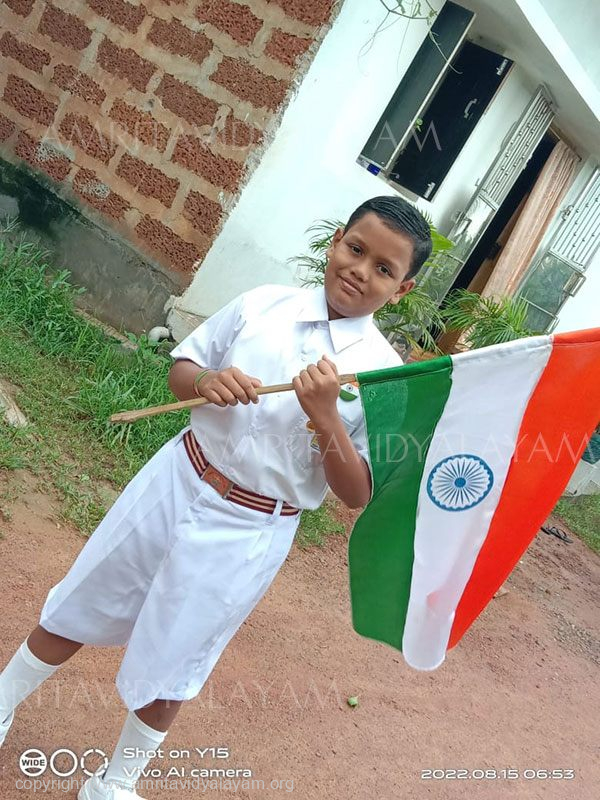 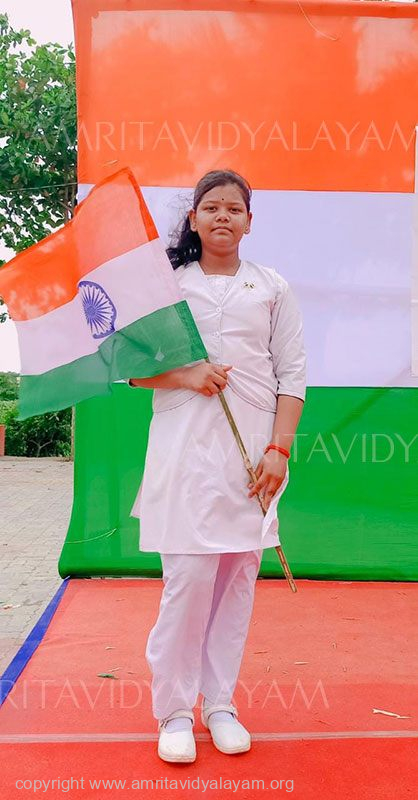